Riot Games finally pushed and released the Valorant. We have been waiting for this game for a long time. When we are taking a look at Riot Games we do know that they are preparing the game for the esports arena. Of course, since Valorant is the first shooter from Riot Games our expectations were not high. We have seen the game being in Closed Beta for 6 months. Valorant did a wonderful job about marketing Valorant as players were able to get Closed Beta codes from Twitch streams. This brought many records in Twitch and even before release players were hyped for Valorant.

The game is a 5v5 arena shooter game and it is a combination of many different games in reality. Valorant is combining Overwatch’s hero system with CS: GO’s shooting mechanics. The game is easy enough to learn and thankfully it starts with a tutorial. The tutorial is pretty self-explanatory.. The game is going to be promoted a lot as far as we can understand since Riot Games already announced a Twitch Rivals tournament for it. Today we are going to take a deep look into Valorant and review the game, from graphics to gameplay. Let us delve into it.

The graphics in Valorant are not realistic first of all. However, Riot Games did a good job with the setting they are immersive maps and easy to understand. For some, the graphics are not good enough and while we can understand this, we need to keep in mind that Valorant is actually designed for running on even the worst PCs. The game is free therefore Riot Games wants it available for every audience around the world. Not everyone has a high-end PC but with Valorant this is not an issue since the game is pretty fluid even on low-end PCs as far as we can see.

The maps in Valorant are designed just like CS: GO there are many holding points choke points and more. The most interesting part of the maps is the minimap. From here you can see everything that is going on and since it is a futuristic type of game maps allow fast travel in certain locations. This is very good considering they are like a labyrinth at times. There are flanking routes for players as well in the game. We can say that the maps in Valorant is better than we expected since it is the first shooter game from Riot games. They did a very good job of capturing the essence of arena shooters.

The agents all have unique abilities. They are extremely important but most are situational. There are different types of agents from duelists to controllers. The balance between agents needs a little bit of work and Riot Games acknowledges this. There no counters in the game and the abilities are generally used in bad situations for example while planting or enemies are pushing. The game does not have smokes or grenades therefore it is the agents job in order to provide cover in most locations. This makes the gameplay at times confusing.

The weapons in Valorant have an ADS option if you right-click with your mouse. This is different from other arena shooter games. Therefore it is more important to hold in some situations rather than push since your ADS might give you a better chance of winning the fight. The gameplay does push players to stick together since it is very hard to win 2v1 gunfights. This makes the game enjoyable and not everyone can master it. We are expecting amazing matches once the Ranked mode is implemented into the game. Of course, this will take a while since Riot Games pushed the game for an early release.

The gameplay is very fluid and it is easy to understand what the agents can use. When you are playing this game the number one thing that you will notice is that your abilities needed to be used in precise moments in order to give you an advantage. You should never use them every second. Ultimate abilities are very strong with most agents and they can win you rounds easily. But teamwork is essential and if you have a microphone giving information is vital at times. Keep in mind that in the grinning you have 5 agents available to you and you can unlock them by playing the game.

Valorant does look promising even though the game needs some work. The game might become a classic over time however right now it does look like it does need polishing more agents and maps will follow and we are expecting eve modding in the future. Let us not forget what made the Counter-Strike 1.6 so successful was modding. Also, other gameplay odes need to be added into the game in order to create variety for players. Valorant is going against the giants of the market but we are sure that it will have its own fan base very soon. 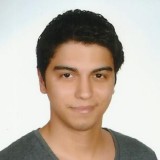