Call of Duty 2020 leaked footage confirms a lot of things

Before we continue, keep in mind that this is pre-alpha footage being shown. The game must have come a long way into development since this footage. Pre-alpha is generally when you’re building the rough foundation of the game and there are still a lot of places where the game will have problems.

Without further ado, here is the gameplay footage.

Unfortunately, the footage is very basic. It just shows a lot of running and gunning and a level that the leaker has confirmed is named

The leaker is known as Mark Walshburg (@walshburg) are they poised to becoming the next big name in Call of Duty Leaks? only time will tell.

According to Mark, the map being shown in the footage is called Tank.

The leak footage has now been deleted, but we managed to get the video file.

This could be attributed to the fact that this is all pre-alpha footage and that the devs are planning on adding in sliding later into the game.

It seems that the footage Mark acquired is from someone recording the footage from a monitor. There are minor parts in the video where you can see the frame of a monitor.

Last we heard, Call of Duty 2020 is titled Call of Duty Black Ops Cold War. While Mark has yet to confirm if the game is titled that, the fresh footage does confirm an earlier rumor that CoD 2020 will reuse the Modern Warfare 2019 engine.

Currently, there isn’t more information to go on, but we do hope that we do hear from Activision soon. This is the longest that we haven’t had a Call of Duty reveal.

By now we normally have a teaser or any hint of Call of Duty approaching but it also makes sense that due to the timing of events in the United States, Activision will hold off on announcing a new title.

Unfortunately the protests in America don’t show signs of slowing down, every day the violence is continuing to escalate. Activision has already announced that they are delaying the release of Modern Warfare Season 4 and Call of Duty Mobile Season 7 out of respect for the events currently happening, so we can assume that once the situation in the United States also improves, we can get the next teaser.

With this year also the year of the eighth generation of consoles, we still don’t know if the Call of Duty 2020 leaked footage was made on a current generation console kit or a next-generation console kit. For now, we are witnessing some turbulent times, and as such, it’s best to wait for more news and show support for the in America.

What are your thoughts on the footage? Let us know in the comments section below! 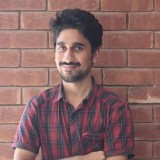